Homepage > From the Editor > Shawn McMullen > A veteran remembers
Print

Editor’s note: While preaching a revival earlier this year at the Lester Road Christian Church in Fairburn, Georgia, I met Harry R. (Bob) Kerr, a Sunday school teacher,  nursing home chaplain, and a survivor of the attack on Pearl Harbor. In recognition of Veterans Day, I asked Bob to write the following guest editorial.

I enlisted in the U.S. Air Corps in the fall of 1940. After a few weeks at an army base in New York, I was transferred to Hickam Field, the army air corps bomber base adjacent to Pear Harbor on the island of Oahu, Hawaii.

On the morning of December 7, 1941, an army friend and I were planning to attend Sunday services at a Christian church in Honolulu where I taught a boys’ Sunday school class. We were debating whether to eat breakfast at the mess hall or wait and have rolls and coffee at the church. We never reached a decision.

At 7:55 a.m. Japanese forces began their attack on Pearl Harbor, Hickam Field, and other military bases in Hawaii. The mess hall we would have entered received a direct bomb hit, killing at least 35 men and wounding dozens.

I changed from civilian clothing into a military uniform and went down to the first floor of the barracks. I stepped outside and there on the barracks porch was a dead airman, the first of many I would see during World War II.

I was assigned to the duty of squadron clerk that day, and set about obtaining a current roster of the squadron personnel. I was kneeling at the office safe when the first sergeant called to me from the doorway, “What are you doing?” “Getting a roster for a later muster,” I replied. “Good idea,” the sergeant stated. At that moment a strafer bullet passed over my head and struck the first sergeant, killing him instantly.

I was instructed to take the roster to base headquarters, where I learned that my unit was the first and only roster on the base. During the attack I transported dead and wounded soldiers by truck to the station hospital. I didn’t receive a citation or medal for my actions, but was promoted from private to sergeant. 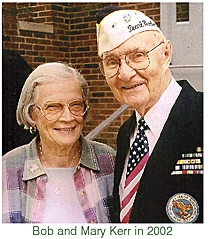 I left my clerical duties to become a gunner and assistant radio operator on the crew of a B25 light bomber. I became the unofficial crew chaplain, and my ministry spread to the crews of other squadron planes as well.

As the war ended in 1945, I reenlisted. In 1947 I left the U.S. Air Force and eventually became a second lieutenant in the U.S. Army. During my various assignments in the Army I attended night schools at local colleges and universities with the goal of becoming a preacher in the Christian church. I taught Bible classes at area churches and in the Army chapel. I retired as an Army major.

Today, at age 91, I serve as a chaplain for Christian City Nursing Home in Union City, Georgia, visiting and praying with patients and residents.