From the first handshake, Lindsay Crane’s smile and friendly demeanor is immediately engaging. It’s easy to see that she is well-suited for her current career at K-LOVE & Air1 Radio Networks. However, her path to this role did include a few stops along the way.

Crane grew up in a Christian home and was very involved with her local church. “I was there on Sundays and on Wednesdays. I was involved in kids ministry and in helping with the youth group,” she said. She accepted Christ when she was young at a Vacation Bible School but says she really solidified her identity as a child of God when she was in college. Over the years, she realized she had attained head knowledge of the Bible but needed to claim her faith as her own, embracing a heart knowledge of the saving love of Jesus Christ.

Crane knew she had a desire to be in ministry. She laughed as she remembered, “I thought maybe I would marry someone in ministry or do youth ministry.” Instead she made a move toward marketing, thinking ministry might come later on down the road.

As it turned out, Crane was good at what she was doing. She began working for a technology-based startup company and moved into the ebb and flow of everyday life in the marketplace. Like many of us, some days she enjoyed the job and some days she didn’t.

A Change of Heart

Three-and-a-half years passed quickly, and Crane approached a crossroad. She began going on short-term mission trips to Jamaica; after building relationships with people who had so little, the desires of her heart shifted. She said some of the things that were once important to her began to fade. 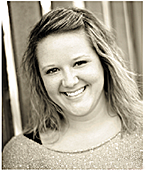 “I knew I wanted to help people, maybe even do something humanitarian. I wanted to be a part of something bigger than myself. And so I quit my job without having something else. I don’t recommend this,” she said with a laugh. “But I felt I needed to close that door before I could mentally open another.”

She contacted a colleague at K-LOVE/Air1 and asked for suggestions on work involving ministries and nonprofits. As it turned out, K-LOVE/Air1 had an open position and interviewed Crane. She was thrilled. It seemed like the classic tale of the right place at the right time with the right skills. Although Crane believed it was a good match, she was informed that they hired another candidate with more experience.

She said she certainly understood the choice but started to wonder about God’s plans for her. Clearly another door was closed. She moved on and began exploring other roles in nonprofits, but nothing was a match. In 2012, she was invited to interview with K-LOVE/Air1 again and was asked to join their staff as the Lead Promotions Manager at the offices in Indianapolis, Indiana.

In this role, Crane combines her passions of serving in ministry while still being out in the community reaching people for Christ. Not only does she connect with the Christian community by working with volunteers and serving at various events at local churches, but she also interacts with the community through special events like the Indianapolis Metropolitan Police Department Community Day or tailgating in the radio station’s booth at Indianapolis Colts games.

Reflecting back on her path, Crane wants to encourage others, whether they feel they are called into vocational ministry or another part of the marketplace. “It’s so important to be passionate about what you do. You spend so much time at work. Find something you love to do. Take the risk. Even if the door is closed at first, just be patient. The Lord made the pathway for me to be here. It is such a blessing, and I’m honored to do this full-time.”