By Donovan Weber and Bill Weber

Millions of people spend millions of dollars to travel the globe in the name of Christ. Through mission teams, youth groups, Sunday school classes, and life groups, churches organize short-term ventures into missions. Campus ministries, Bible colleges, seminaries, and para-church organizations form their own short-term groups. The rapid growth of short-term missions (STMs) in a relatively short period of time has drawn attention to the movement. As a result, STMs are undergoing careful scrutiny. People are asking if the time, money, and energy invested are producing results for kingdom growth.

In the past many of these trips were taken without adequate preparation or with little concern for the impact on the international church. There was an overemphasis on the individuals making the trip with little reflection on the meaning and impact of what was happening. The experience for all involved was less than it should have been and certainly did not reflect well on the ministry of the church.

Yet change has been coming! Here are just a few of the observable differences in the way STMs are being planned and carried out by churches and groups today.

Countless STMs have been organized around the sampling concept. Rather than go back to the same mission field and work with the same group as their previous trip, they look for a new place to go that they haven’t been to before. In this scenario a church or other group contacts a missionary and asks if they can come on a short-term trip. The missionary usually says yes. This way STM travelers get to experience a variety of places and mission work.

However that sampling strategy has little positive impact on the international church or the mission work that is taking place. In fact the amount of time and energy expended to host the group can far outweigh positive benefits. But this is one area where positive change is taking place.

One of the best practices in STMs being introduced by trip planners is returning to the same place and working with the same people on repeated trips. In this way the short-term people can take on longer term projects, build relationships with local Christians in the international church, and demonstrate a commitment to partnering in their ministry.

When a congregation sends a short-term group to work with one of their missionaries, good things happen. Both the sending church and the international church hosting the group make a connection that goes beyond financial support.

Missionaries Steve and Kay Carpenter believe that STMs facilitate relationships with their supporting churches. The urban context of their work in Mexico City makes it difficult and labor intensive to host an STM. However, they usually agree to host teams because it builds relationships with their supporting churches. They feel that the effort is worth it, even though it diverts time and energy from their regular work.

A conference speaker recently commented, “This is the first time in history that missions has been about the missionary, not about the lost.” Some STM leaders are working to change that.

In the past, STMs have focused on outcomes for the travelers: growing spiritually, being aware of God working in their lives, being less provincial and more global in their thinking, learning about issues of poverty and justice, and, of course, having a great adventure of faith. There is no doubt that STM travelers have been positively impacted by their experiences. But today they truly seek the input of the missionaries and churches they will work with to ensure their ministry will be helpful and meaningful.

Tom Moen, Pastor of Global Outreach at Mountain Christian Church in Joppa, Maryland, believes that having the right people on the trip will greatly influence the effectiveness of the trip. He said, “It’s not, ‘Does this person need the trip? It’s, ‘Does this trip need this person?’” He went on to say, “We need to be careful not to advertise these trips as if they were a potpourri or menu of something to be consumed and enjoyed as if it were a vacation or a place to go to satisfy a lifelong itch. Rather, ‘Where is it God is calling you to go and incarnate his presence?’”

New ministries have grown out of short-term work. Five years ago Dave Moore, a fire chief in Cincinnati, had no desire to take part in the STM program offered by his church. When Mary Kamau, director of Mission of Hope International (MoHI), a ministry Dave’s church partners with in Kenya, encouraged him to come and visit their work in the slums of Mathare Valley, he finally decided to go.

Dave reluctantly went with his wife, Nancy, on the church’s trip to Nairobi and found that his expertise in fire safety filled a need in the Community Health Evangelism ministry of MoHI. Besides teaching basic fire safety to the teachers and social workers at the school his church was working with, Dave had the opportunity to meet the chief fire officer of the city of Nairobi. He learned that their city of five million people had just two fire engines, one ladder truck, and only 156 firefighters who were poorly equipped and poorly trained.

This STM experience led Dave to begin Africa Fire Mission (africafiremission.org), an organization that supplies equipment and training to fire service stations in the city of Nairobi and beyond. Africa Fire Mission continues to work closely with MoHI to fulfill their mission of evangelism through community development. Mary’s invitation, along with Dave’s willingness to go, led to an ongoing partnership that continues to support the work of the church in the slums of Nairobi.

Even with the rapid growth of STMs, the number of long-term missionaries has not increased. Missiologists maintain that, overall, STMs are not an effective way to recruit mission personnel on a large scale. Even though a number of missionaries would testify that short-term experiences were significant in their decision to go to the field, the numbers do not support the notion that STMs recruit missionaries on any meaningful scale. On the other hand, we know anecdotally that some missionaries are being recruited through STMs.

A friend invited Alison Emery to accompany her on a short-term mission trip to Nairobi, Kenya. When Alison agreed to go, she didn’t realize it would literally change her life. Previously her husband, Giles, participated in a short-term trip to another African country. After Alison’s return they talked, prayed, and counseled with others, truly seeking what God would have them do with their lives. As a result Alison left her job as an attorney, Giles gave up his work in information technology, and they are raising support to move to Nairobi and become full-time Christian workers in the slums of Mathare Valley.

It is difficult to travel to the developing world and not be confronted by injustice in tangible ways. One of the common narratives coming from these STMs is the recognition of how much money, individual rights, and security we have in the United States. In addition, mission trips to impoverished urban and rural areas in our own country show Christians that the same economic and educational opportunities are not available in every community. 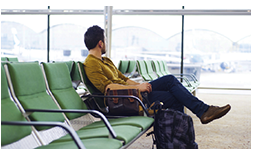 When STMs are done well, they help participants make the connections between the lives of the poor and oppressed across the globe and their own lives. STMs are a product of an increasingly globalized world where communities are interconnected through travel, technology, and commerce more than ever before in human history. A new generation of STM travelers is being challenged to use its affluence to fight injustice in this new world—both a responsibility and an opportunity in their lives beyond their short-term experience.

An example of this lies in the increasing number of STMs that work with organizations fighting human trafficking. Firsthand experience with the devastation of the sex trade and forced human labor in places such as India and China has led to greater awareness of human trafficking in the United States. Christians, impacted by STM experiences, now use their resources to fight this criminal activity and educate themselves on the social and economic conditions that contribute to such heinous practices.

No doubt short-term missions are making an impact, both in the lives of those going to the field but also on the fields themselves. Some of the changes taking place indicate that STMs are getting better, having a greater and more positive impact on the global kingdom of God.

Donovan Weber is the Minister of Missions and Worship at LifeSpring Christian Church in Cincinnati, Ohio.

Bill Weber is the Director of Personnel and Member Care for Christian Missionary Fellowship in Indianapolis, Indiana.

Use your gifts, skills, and creativity to let missionaries know you care:

• “Ask questions about their work.”

• “Send them updates and pictures of you and your family (by mail or email).”

• “Reply to their newsletters, even if it’s just one line, to say, ‘Thanks for the update.’”

• “Share snippets of spiritual food you have enjoyed—a verse that encouraged you during your quiet time, or an anecdote from a sermon that made you think of them.”

Previous StoryMaking Faith an Everyday Business
Next StoryWhere You Live — for November 23, 2014